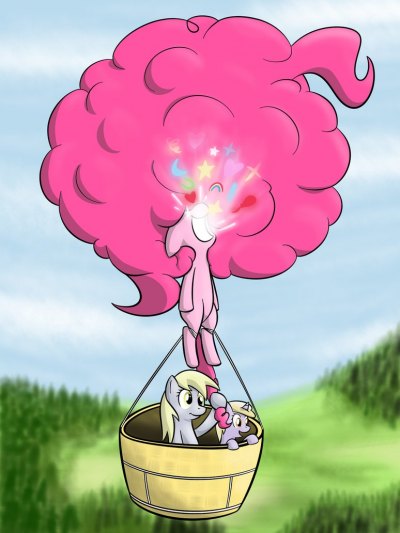 Time to see what people have been sending Derpy.

We have been up and running since December 2011 and been building up numbers and aiding our members in organising and running meets within the UK. We are currently at 550 members and still increasing with a active community but always looking for more members so meets can be spread out more and cover more of the UK so everypony can have a good time.
We have had multiple successful meets including a large pub meet in February and a fair few successful meets since then with more coming up, I feel the site is maturing into a good hub for UK bronies to come and kick back talking with people geographically close to them.
Our upcoming event list can be found at:
http://ukofequestria.co.uk/forums/confirmed-event-details.10/
Our homepage is:
ukofequestria.co.uk

After our hugely successful first pub meet in February, the London-based bronies of the UK of Equestria forums are back for a full on Season Finale Street-party! If there ever was a city to celebrate a Royal Wedding in, it’s London, England!

The venue is the aptly-named Horse pub in Waterloo.  We’ll be arriving from 12pm and staying until late.  There will be plenty of activities in the afternoon, including a big-screen livestream of the 2-part season finale at 6pm, Pub Quiz, episode riff, Everypony Radio, merch sales and of course some optional drinking games.  Bring your own party food and decorations to share!  Under 18’s welcome but must leave before midnight.

See the file above for more information and directions, or see the thread on the UK of Equestria Forums:

BronyCan – How About dem ponies eh?

Today admins from brony groups from across Canada banded together to make one large organized group. We are looking for some publicity to help the community grow, and it is growing fast.
We want to reach as many as possible, as we plan on trying to set up a convention in the future.

You can find the group here.

Thank you for your time!

Fillydelphia.com is reaching it’s first year anniversary as a chat and roleplaying community this April 19th. As a way of celebrating our success over the past year we’re holding a special contest to see who can design a new banner/Logo for our site, and we’d like to invite everyone and anyone to pitch in. The banner must be less then 200 px tall and 400px wide to be eligible, and we will be awarding cash prizes to the top three entries. All other entries will be gathered together to be put on display along with links to their respective art site of choice.

Now before you go on reading this…Yes, I am a brony. I watch/follow the show on a weekly basis and I visit many sites dedicated to My Little Pony: Friendship is Magic fandom. The controversy with liking the show is that…I am an 21 year old male and this show is meant to target a much MUCH younger demographic. And now here I am, at Anime Conji attending a My Little Pony fan panel. The panel is in a big spacious room with at least 20 people ranging between the ages of 16- 23. So luckily, I don’t feel isolated. Take THAT girls ages 5-15!

April 21 starting at 11:00 AM
SRO Sports Bar, North West mall Houston Texas
We’ll be watching the show AS IT AIRS as well as monitoring your favorite chat streams on separate screens. The two episode season finale will begin at 12:00 Noon. After the show, with a little time to relax and have fun, we’ll be kicking off a meeting to try and establish Houston’s largest brony herd. PLease feel free to bring your MLP projects/art/music to share. Having a brony party at a sports bar may seem intimidating, but SRO is truly a family friendly environment. This is going to be Houston’s premier MLP event. SO DON’T MISS OUT.

One of today’s Google pranks was Gmail Tap, a new approach to portable device input.  There are two buttons, dot and dash, plus a space bar.  Saturday’s episode featured that same interface in the newsroom as a visual gag.  I doubt either company knew the other was going to do that.  (Or someone at Google is a fan and really hustled to put it together for today’s pranking, which would be double-awesome.)
http://gmailblog.blogspot.com/2012/03/introducing-gmail-tap.html#!/2012/03/introducing-gmail-tap.html
https://mail.google.com/mail/help/promos/tap/index.html
If the newsroom ponies were using Gmail Tap to type up those news stories, how could they type that fast?  It includes predictive word completion:
“Features
•Two keys: dot and dash
•Space bar: added to increase typing speeds
•Multi-email mode: dual threaded keyboard (Warning: power users only)
•Predictive text mode: autocomplete re-imagined
•Optional audio feedback: engage all your senses”
Credit: Luke Allen / Duplex