At 1:30 PM PT, IDW Publishing hosted their Hasbro properties panel at San Diego Comic Con. All items were discussed from Transformers to G.I. Joe. Of course, we received some announcements from the My Little Pony comics. Here are some of the highlights from the panel this afternoon. Once again, thank you to Blue Ink for relaying the news from SDCC.

– Next micro series announced will be My Little Pony Micro Series #9…featuring Spike written by Rob Anderson and drawn by Agnes Garbowska. It will be about pets as he receives sea monkeys in the mail. Arrives in November.

Cover and Page 1 of MLP Micro #7. Photo Taken by PictishBeat from TRS

– Issues #11 and #12 of the main series is about Cadence and Shining Armor.
-Called “Neigh Anything,” spoof on the 1989 movie, Say Anything with John Cusack.

–Equestria Girls Annual details freshman year of Sunset Shimmer and the rest of the Human Main Six.
-Twilight will not appear in the Equestria Girls annual issue. Only as a cameo in the prelude. 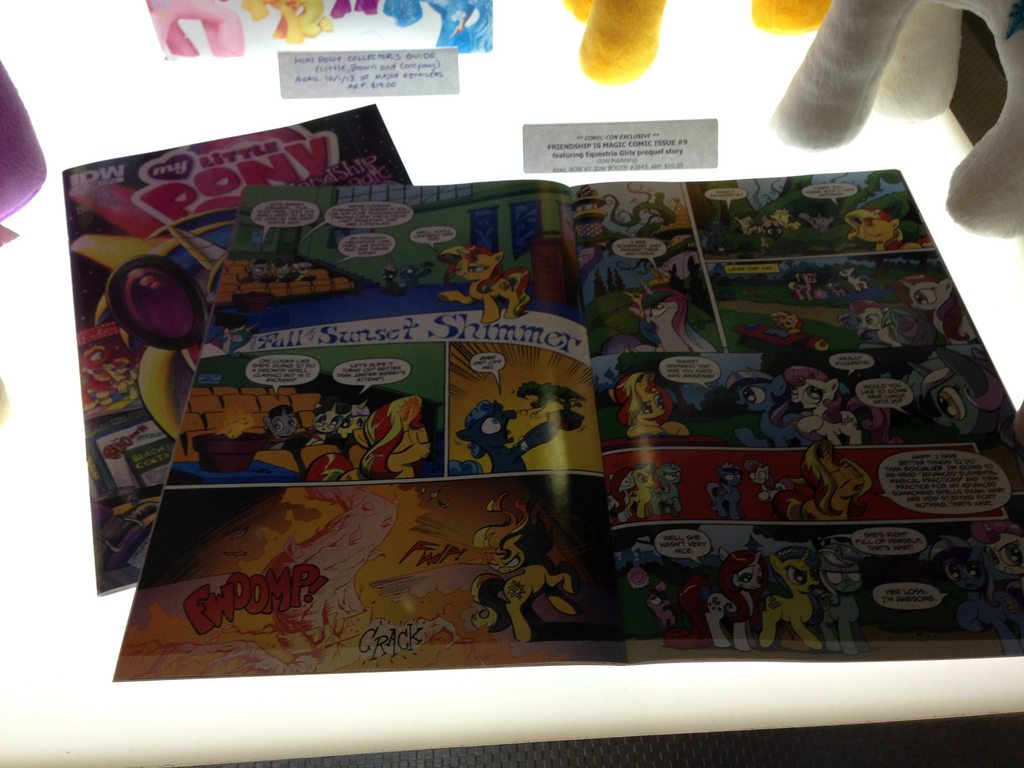 Lithographs for Mane 6. Photo Taken by PictishBeat from TRS

-Micro-Series concludes with Issue #10 featuring a “fan favorite character”. Derpy Hooves was mentioned in the panel, but not entirely confirmed. [Writer’s note/theory: This is going to be a HOT SELLER]