Yes, call it insane but some people do enjoy flight simulators, and I’m one of them, but I’m not alone.  There will be some details coming out over the next week, but a few virtual pilot bronies are looking to have fun with their fellow pony lovers.  There’s roughly two sides.  First you have the Microsoft Flight Sim guys like myself, which indeed to many gamers, it might be boring, but to each their own.  If you’re one of us, we’re working on a system known as the Virtual Airline Financial System, basically an online system that allows you to run a virtual airline.  You setup pilots, buy planes and fly routes (again, boring to many).  But if you’re interested, keep an eye here as we plan to make a site for them.  Of course this is pony related, as the Airlines are pony based.  Obviously the picture above is myself flying Derpy Hooves Airlines, the only airline where passengers are dropped off in corn fields and your luggage picked up from the tops of trees, namely because I tend to crash the f-er while attempting to land.  Also pictured to the CEO of the Pony Airlines, Madden, who during our trip landed on a highway after I more or less snapped my jet in half.

On the flip side, we also have people trying to get together for IL2, which is a World War 2 flight sim with combat.  You can do many funs things such as fly a B17 with a 5 man crew online and kill some germans and other enemies.  Again, more information to come.

Old news is always old news, but its good to repeat.

Pony Backpacks @ Walmart
According to EqD and the reports submitted to them, there are now Pinkie Pie backpacks available at Walmart, of course probably not all yet.  $6 Dollars for something that actually has an on-model image of Pinkie Pie, well worth it.

Hasbro Visits Project Merch
This is the survey conducted by Purple Tinker, the general idea is to get Hasbro and Hot Topic to start selling merchandise aimed at the bronies.  I know from personal reports by PT that many places have given her the run around, but apparently from her site logs, someone from Hasbro visited the slide show.  So there might be hope for this project yet.

2d Pony MMO Combat Demo 1 & 2
Two different demos were released by the 2d Pony MMO team.  You can check out the 2nd demo here.  Personally I like the setup, it makes me think back of the days of Sega Genesis and a game called Golden Axe, which was a side scrolling adventure game kind of like how their battle screen works.  You can check out their development over at their forum.

Strawberry Spice of EquestriaGaming is going to be holding a drawing for custom made pony stickers, but right now asks the question, what images should be printed.  You can run over to the Ponychan Thread for details.

That’s all for now.

By DerpySquad April 23, 2011, 1:57 am UTC My Little Pony Comments Off on Possible Images of Last Two Episodes, Other Awesome Art

Well, as usual I’m doing my seek and find of new art for the gallery here, and came across a few things I wanted to post up, the first… 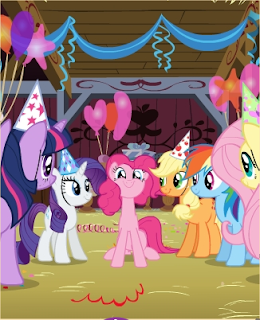 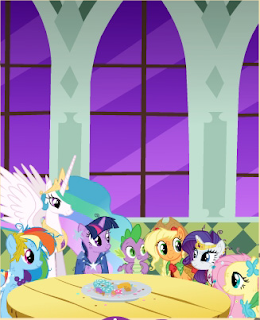 I think someone said these appear on the hub website, but its looks to be a preview of the last two episodes, the left being Party of One (ruined ending…) and the second the ponies at the Gala. 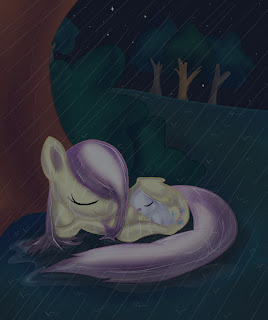 Dawww, I post this up as its awesome, and its from Cocolli who’s Derpy art has been a staple feature of this page (ala the banner above).

Random brony dropped this off in my news mailbox, its not directly MLP related, with probably the exception of Mr. Toots, it made me laugh, so I figured I’d share, cause you gotta share.

By DerpySquad April 22, 2011, 2:59 pm UTC My Little Pony Comments Off on Episode 24 – Owl’s Well That Ends Well
As always, I’ll leave the streams up as most will replay the episode for the next several hours.  I would check back at 3:30 and see where the youtube channels are.  As for the episode, mixed reviews, people are comparing it to Staremaster and such, definitely not god tier, so lets say 50-50, you’ll like it or be ‘eh’ about it.

And StrawberrySpice of EquestriaGaming aka NorixWolf on Youtube is first the gate with LLQ version!

And yes you’re being redirected, the blog is currently in transition to its own domain name.

By DerpySquad April 22, 2011, 4:45 am UTC My Little Pony Comments Off on Friday Morning Music Videos

Well, old news is old, but if you didn’t catch them over at EqD, here you go, the most recent pony AMV and Musical Videos.