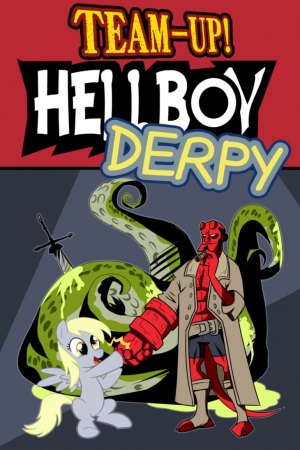 Just an FYI for anyone who might have e-mailed me directly with something over the past week, I’ve been on vacation, and still am until Monday. This includes the folks who signed up for our Madman Collectors Set give away that was set to end earlier last week. The winners will be notified tonight, as I will be sending out two different sets of e-mails. The first set to the non-winners and then of course our three winners. The letter to the non-winners is just to confirm that your entry was received by us, so if you hear nothing in the next 24 hours, give us a shout.

My vaca included last weekend and Bronycon, though I’ve been listening to our own guys talk about the event and others. All in all it sounds like it mostly went off without a hitch, even the /co/ folks are scratching their head trying to find some major flaws or spaghetti related incidents and have come up empty handed. I definitely tip my hat towards this past Bronycon staff for putting on a good show and remind me to buy you some cider Zebranky for your work. The light may have burst into flames but that’s just pony jesus’ random variable test on the convention staff.

Also to note for those who don’t get the spaghetti references, the pasta talk is about awkward situations. It comes from an old meme started from the fitness board on 4chan, was about a body building who attempted to pick up a chick and had spaghetti fall from his pockets. He had it there because he was carbo loading, so the term was born to mean a awkwardly social situation and hundreds of different stories, prime example in this community would be Friendship is Witchcraft, the Luna episode. After she freaks out on the towns people and runs away, you’ll notice when Twilight finds her in the alley, there is spaghetti all around here. I’ve had people ask.

Enough with the yakkity yak, time for your comics.

END_OF_DOCUMENT_TOKEN_TO_BE_REPLACED

So we enter Day 2 of Bronycon. Currently we have the “Bronycon 2012” Mega Post going which should either right around the top of the site here, this is where the crew has been dropping information and notes about the events that have gone on. I’m sure over the course of the next week there will be plenty to be reported on, good or bad. I haven’t really been paying attention to what has gone there, so from my end, no comments yet, except I almost have a bingo.

Now, time for some comics.

END_OF_DOCUMENT_TOKEN_TO_BE_REPLACED

If you’re one of the many readers of DHN’s Sunday Morning Comics, then you are probably familiar with Joey Waggoner. Recently Mr. Waggoner has generated a comic series dubbed A Derpy Love Story, with the help of DCJoedog. The opening page of the series can be found below, and unlike the past where I would upload the entire thing to the site, I will direct you to DeviantArt to read the entire thing. On a related note it seems that Comic Series have become a popular thing in the artist community, and we’ll be featuring some as time goes on. Either way, for now enjoy. 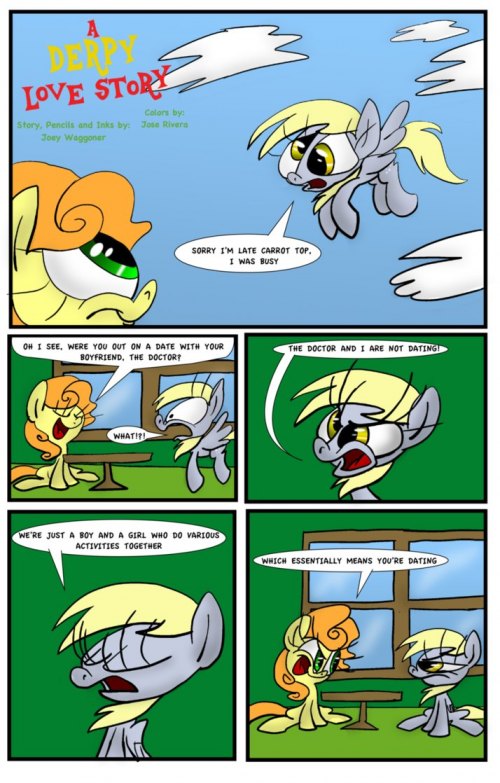 Onwards to Page 2 and the rest of the series.